Jeanne Taris A mother of four, Taris began photographing when she was seventeen but showed no one her pictures. She did not consider herself talented enough to study photography; but during a Leica workshop she met a photographer, Olivier Laban Mattei, who encouraged her to show her work. This resulted in publications in Polka and Vice, among others. In 2018 she won the Leica Gallery International Portfolio Award at the Voies Offfestival in Arles. This series, Saint-Jacques district, located in the heart of Perpignan’s Old Town, is mainly inhabited by Roma who moved from Spain to the south of France centuries ago. It is largest inner-city Roma settlement and makes up ten percent of Perpignan’s population. This micro-cosmos has its own rules. Almost no one from outside gets access to this world. 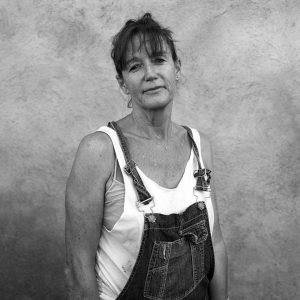